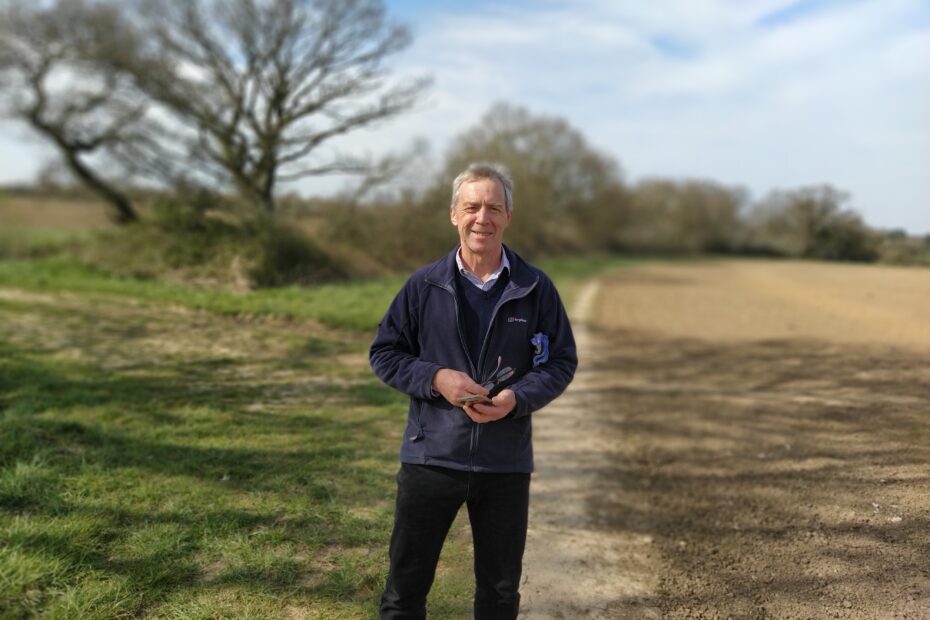 In Part 1 of our thatched cottage restoration story on this blog, I wrote about buying Oatway, a remarkable, derelict Exmoor medieval thatched long-house, in Roadwater, Somerset. Here’s Bryan, my husband, who’s leading the building side of the project.

We’re mindful of Oatway’s Grade 2 listed status, that planning permission is required, and are pretty much in awe of a building that’s been around so long, and has so many stories to tell.

In this context, Bryan is the ideal person for the building, as an experienced and qualified property professional. He brings great knowledge and attention to detail to the Oatway project. He’s also very practical. So here’s his take on the approach that will underpin the whole project;

‘Part of the fascination with Oatway is its age. It was built in the 14th century (that is 1300 and something!). With that comes the anticipation of discovery of all sorts of architectural styles and details. The house will have changed many times through the ages. And, in that, it lends a quandary for the modern-day keeper. If it is to be returned to its former glory, what exactly is its former glory? The structural details of the house and its changes are well documented. Originally it was a Somerset long house with cross passage, with one room to the left and one to the right. One room for the people, the other for the animals. Around 1600, the first floor was put in, along with the fireplaces and staircases. Later that century, the left-hand extension was added, followed by the right-hand extension in C18th.

So, where to pitch it now? To take it back to its original form would be totally impractical, it was little more than a barn after all. It has to have electricity for light and power, so that brings into the 20th century. I decided from the outset that I would be very much guided by what was there. In the words of William Morris and the philosophy of the Society for the Protection of Ancient Buildings, and which he founded in 1877, I would be guided by ‘repair’ rather than ‘restore’. In other words, I would seek to repair what I had, rather than restore to some hypothetical point of time in the past. This is to be the principle I will bring to every element of the building. I will keep it and repair it. If it does not have value (architectural, historic or aesthetic), I will replace it. And so, that is to be my guide as I start to look in detail at what we have and what we can do with it. Much may already have been taken from Oatway, but so much more remains.

I know there are some sins of the past to uncover; not all my forebears have been so diligent in their maintenance of the building. The place is full of cement render, concrete and plasterboard, much of it the product of the 20th century. And in very recent times, the building has lain empty for nearly 20 years, so some bits are beyond repair. As is often the case, previous keepers have sought to maximise the space, sacrificing the integrity of said space with the introduction of en-suite bathrooms, utility room and modern kitchen. At one point in the recent past it was even split into two to create a one bedroomed holiday let.

So, not for the faint hearted. But, and above all, Oatway is an honest building, waiting to reveal itself in all its glory. It promises to be a fascinating journey.’

In Part 3, we tackle one of the first major jobs – rethatching the entire roof.