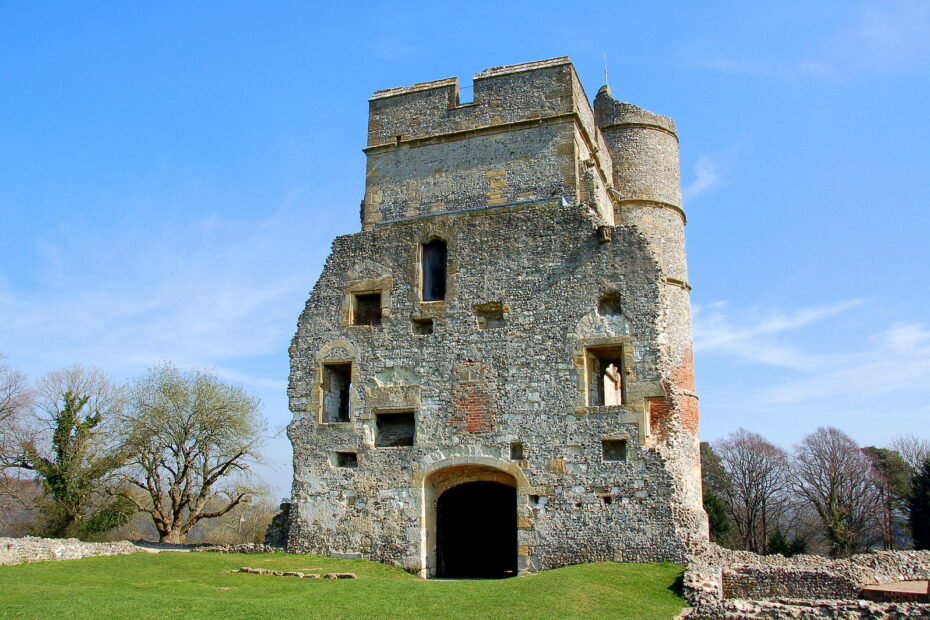 Have you visited Donnington Castle? Following on from our recent article, Get Outside and Feel Good, our Newbury reporters have picked out Donnington Castle as a great place for locals to exercise at this time.

A great place to visit

A striking landmark, Donnington Castle is set just north of Newbury.  It is full of interest, has fabulous views, and is suited to walking, jogging, and even flying a kite! Children also can enjoy climbing, running, jumping, and playing hide-and-seek in the ruins, while they soak up some history.

The castle and surrounds are a stunning backdrop to some of the best views in the area.  And there are also beautiful woods to explore and walk around, with a network of paths leading to Donnington, Bagnor and Snelsmore Common. Footpaths around castles are often hundreds of years old. These paths would have been used by locals and soldiers alike, both in the daily life of the castle, and during its colourful past, when the thundering noise of hooves, cannons and gunpowder in the Civil War would have rung out across the peaceful landscape.

Here’s a picture of one of the typical network of paths near the castle.

To plan a walk of your own, you can click here to view and print off a detailed Ordnance Survey map here:

The castle dates from the 14th century and played a notable role in the First and Second Battle of Newbury in the Civil War during the 17th century.

The manor of Donnington was held by the Abberbury family from 1287, and in 1387 Sir Richard Abberbury was granted a licence to crenellate the castle by Richard II. The castle originally comprised a curtain wall with four round corner towers, two square wall towers, and a substantial gatehouse, constructed around a courtyard. All that remains now is the gatehouse. The external walls of the castle have been rebuilt to a height of 0.5 metres to show the original layout.

Thomas Chaucer, son of the poet Geoffrey Chaucer, owned the castle in the early 15th century. Henry VIII is reported to have stayed there in 1539, and Elizabeth I in 1568.

Between 1644 and 1646, during the English Civil War, the castle was of strategic importance. It was attacked many times, endured an eighteen-month siege, and was twice relieved by the King, Charles I, himself.

Parliament voted to demolish the damaged castle in 1646 and only the gatehouse was left standing.

So, that’s a brief recap of the story of Donnington Castle. Why not get along and find out for yourself?

General information The castle is in the care of English Heritage.

The car park is open 7 am to 7 pm, and the castle itself is open during daylight hours. A £2 parking fee applies for the car park, but entry to the castle and grounds is free.

Access Please note that from the car park, the castle is uphill along a fairly steep gravelled track. The castle ruins are based on a grassy area, which is uneven.

For more details, visit these websites: