Tea with Alison Lurie – An article by Alison Court 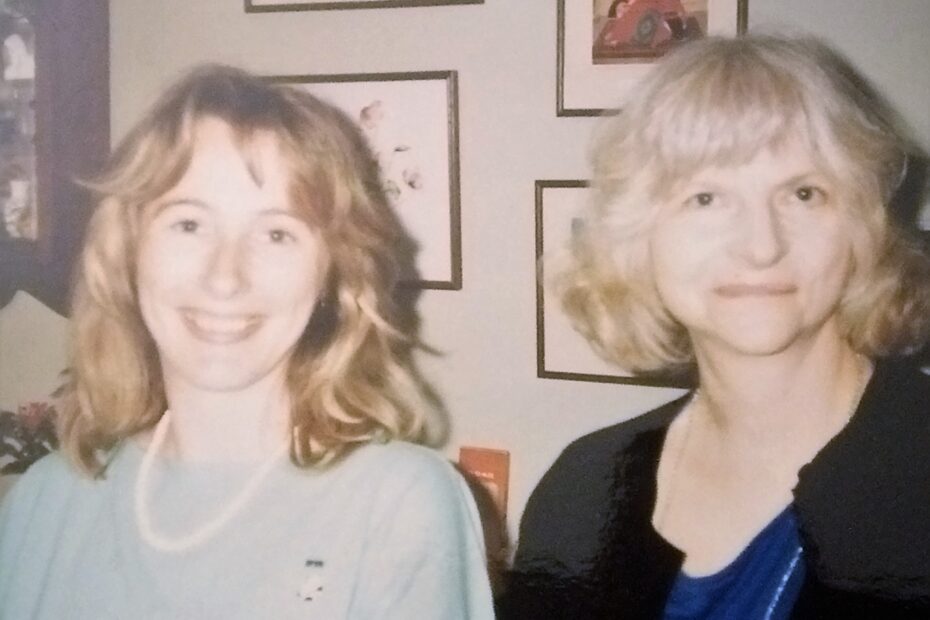 This account was written by my sister, Alison Court, a true story, when she invited renowned novelist, Alison Lurie, to tea.

Alison, a purveyor of European literature, who liked to think of herself as on the fringes of the literary world, put down her copy of Foreign Affairs and sighed.  It was always a little sad to finish a book you loved.  You felt you’d lost a friend, a companion, an escape; the next book could never be quite so rewarding.  A great read brings so much pleasure, not to say joy, into your life, when you’re engaged in it, she mused, but that pleasure is always a little suffused with sadness, knowing that it will all too soon come to an end.

It was Sunday afternoon in her little studio flat in Islington.  She wasn’t now in the mood for setting off outside, walking the canal, or pottering among the arcades, where she would have to mix with the Sunday afternoon browsers; she wanted to savour the end of her book and be reflective.

She picked up the Sunday paper and opened it desultorily, gravitating as always to the review section.  So many cultural events throughout the capital, which she knew she would never follow up, but still, she always said to herself, you should read about what you would miss.  Suddenly, she was riveted – for there was a full page piece on her namesake, Alison Lurie, the writer whose book she had just that minute put down.

As she read on, she was thrilled to learn that Ms Lurie, Professor of English at Cornell University, Ithaca, in exotic New York State, in the United States of America, regularly came to London, no doubt to visit the literary set of Hampstead, but still, that wasn’t too far away from workaday Islington.  A lightbulb moment – Alison decided there and then she would invite Alison Lurie to tea.  She went to her desk, inherited from her Somerset countryside grandparents, and found her writing paper – for we are talking of olden days, when people wrote letters by hand, in ink, on best Basildon Bond –and sat down to compose her invitation.

“Don’t think too hard, let it just flow”, she decided, and thus she wrote a brief but engaging letter to say why she had enjoyed Foreign Affairs so much, and please would Ms Lurie come to tea next time she was in London.  She promised her best apple cake for the occasion.  She addressed the envelope to Professor Alison Lurie, Department of English, Cornell University, Ithaca, USA, and sealed it.   No time like the present; she wasn’t going to wait for Monday to take her letter to the post office, to weigh it and put the precisely correct number of stamps on it – she took two first class stamps from her purse, stuck them on, wrote Air Mail firmly across the top left of the envelope, and struck out straightaway to the post box on the corner.

Mission accomplished.  Now it was just a matter of waiting to see what would happen.

Wednesday week, and Alison arrived back home at her modest block of flats, from her own busy day in the bookshop.  Lugging her bicycle through the front entrance, lo, what should she should behold on the side in the hallway, but a letter addressed to herself – with American stamps on it.  She dropped her bicycle, left it unlocked, and ran upstairs.  Pushing the door to behind her, she tore open the envelope and unfolded the letter, typed on quarto, signed in her own hand by Alison Lurie herself; words like “touched” and “grateful” and “yes please” leapt out from the page.  An acceptance!

A fortnight later, the phone rang, and there was Alison Lurie, in London again, ringing to arrange a date and a time for afternoon tea.  They duly agreed on half past three the following Sunday; that left four days to make the tea of her lifetime.  “I can do it”, Alison determined, and she sat down to list all her favourite English teatime treats; cucumber and Marmite sandwiches, scones with clotted cream and her mother’s best raspberry jam, fruit cake, Victoria sponge, a rich cheesecake, and, of course, Somerset apple cake. Next she planned her baking schedule, leaving the scones and the sandwiches to last.  The remainder of the week was spent in cake and treat production, her mind all the while on what she might possibly talk about.

Sunday afternoon soon arrived, and the table, dressed with a white drawn thread tablecloth made by her Auntie Kathie some sixty years previously, was laden with a mountain of sandwiches and cakes.  Yes, that should be enough to satisfy any middle-aged American woman novelist, Alison smiled.  She was quite nervous now, and if nothing else, at least the mountain of food would break the ice.  Bang on three thirty and the doorbell rang. Alison opened up to find a slight, nervous-looking woman smiling at her questioningly.  She had a handsome, younger, great bear of a man in a lumberjack shirt with her – “This is my boyfriend Edward; he’s going to pick me up in an hour – is that all right?”  “Of course,” gushed Alison, happy to have some easy practical subject to start up the conversation, and Edward left.

The two Alisons sat down at the table.  “My”, said the famous novelist Alison, “you’ve enough here to feed an army”, and she took a small nibble from the corner of a quarter cucumber sandwich.  “I wanted to be sure you’d find something to your taste, and this is a typical English tea”, said Alison the English bookseller, and they set forth into an hour of varied conversation.  The famous novelist asked the bookseller all about her recent overland trip to China, on which she had met the man she was going to marry, another Ed, and that led to a light-hearted little chat about the coincidence of the two Alison and Eds; she talked about the speculation among literary circles about the fate of the Irish writer JG Farrell, and she talked a little about being a writer, inspiration, and interest.  But mostly she asked the bookselling Alison about her life and listened intently as Alison’s nerves settled and she chattered away.  The hour flew by.  Conversation was polite and friendly; there were no embarrassing pauses, and Alison the Bookseller felt she had survived the Trial by Famous Writer moderately well.

The doorbell rang again. Edward the lumberjack shirt-wearing English professor was back.  He stepped inside, and as he did, his eye alighted upon the untouched table of food.  And as his eyes alighted, they lit up.  “Can you help us get through some of this?”, asked Alison the Bookseller, “I sure would love to”, he responded and before she knew it, he was sitting at the table and working his way very cheerfully through a monumental wedge of cheesecake.

Another hour passed, and then, well, not another, but certainly a part of one, and the three of them, the American professor, the English bookseller, and the prominent American novelist, relaxed and chatted about this and that and the air was easy.

At last the tea party was over.  The food had reduced in quantity, thank goodness, and the Americans stood up to say their farewells.  Edward took a photo of the two Alisons together and he smiled and exuded thanks and appreciation for the food and the company; he was a very courteous and polite gentleman; Alison the Bookseller beamed with happiness at the success of her bold venture; and Alison Lurie, the Pulitzer Prize winner, smiled gently, and said, as she stepped out of the door, ”Thank you, it has been such a great change, meeting someone outside literary circles”.

Alison the Bookseller said, “Thank you”.