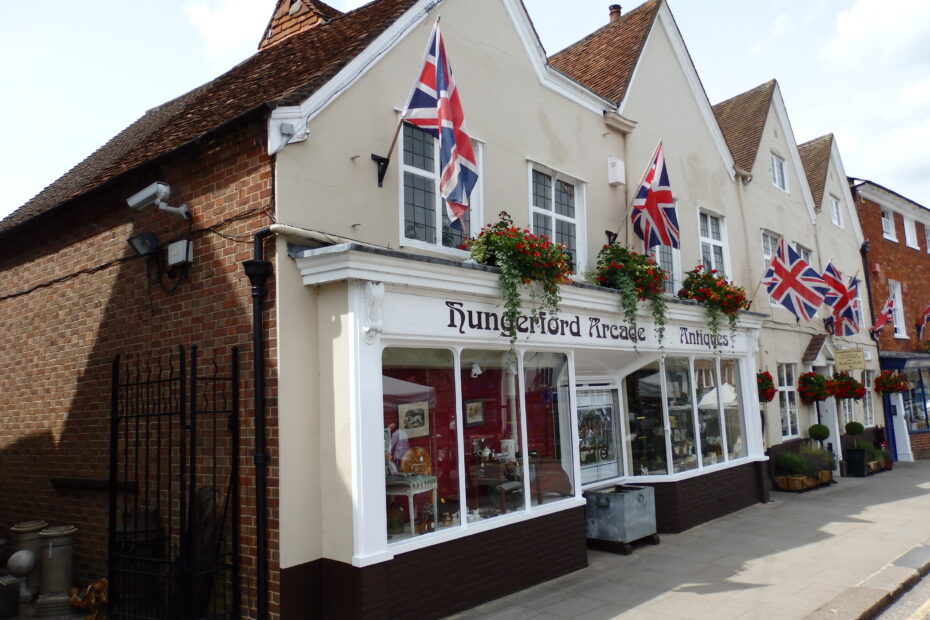 A few years ago, I got bitten by the bug for antique auctions and antiques, and had a stall at Hungerford Antiques Arcade from 2015-2019.  I’m taking a stall back there again because it’s great fun, lots of variety, community, bargains,. and the staff and stall-holders have become like an extended family !  I will be blogging from the Arcade for sure.

I’m also writing some news stories for the Kennet Radio website – so here’s one I’ve just done about an upcoming event in the run-up to Remembrance Day, which Hungerford is very good at marking. Gary, the organiser, is well known as a decorator and a dealer in Action Men – with his wife, June, they go to so much effort for this event…

Hungerford Antiques Arcade is holding a vintage vehicle display in Hungerford on Sunday, 1st November 2020. raising funds for the Royal British Legion.  This gathering takes place every year in the run-up to Remembrance Day, November 11th.

The event also commemorates the fatal 1917 plane crash of serving RAF officer Lt.Col Scofield, whose plane crashed into the gardens at the rear of the Arcade building during the first World War.

Over the years, attractions have included tanks, a General Montgomery re-enactor, Dad’s Army re-enactors, and a NAAFI canteen. This year will see military vehicles including a Bedford tanker, Brenn gun carrier, Willys jeeps, plus re-enactors of soldiers from World War II, and more.

‘We hold this event every year to raise money for the Royal British Legion.  A couple of the participants, Gary and June Crook are stallholders at Hungerford Arcade, and with their help and the help of the Di Loft of the British Legion, we put on a magnificent display.  Most of the vehicles taking part served in the Second World War and their owners are very proud of them.  They bring them here from all over at their own expense, solely for the Poppy Appeal.  People come from all over each year to see these vehicles and talk with the owners, It brings back memories of the war years and how different things were then.

She adds, ‘Normally, children would climb up on the vehicles and have their photographs taken which they thoroughly enjoy.  The Girl Guides help out each year with collection boxes, but sadly, this year, because of Covid 19, they cannot take part.

One of the Arcade’s windows is given over every year to mark Remembrance Day.

The display will be outside the Arcade in Hungerford High Street on Sunday 1st November, from 10.00 am to 3.30 pm.

Above and below are some photos of a previous display courtesy of Hungerford Arcade. The first one below features event organiser Gary Crook: